Another day to myself.. another day of 37 Deg C and challenging light.

I have my camera set up to make a Mono Jpeg, that way – when I’m on the computer I get too see a BW and colour (the RAW) version of each shot side-by-side, which I like as it can guide my decision as too whether or not proceed in colour or mono (although I usually make my mind up at time of capture)

Well this was a lovely blue sky, melting into an expansive blue ocean. It was a colour.

Only it wasn’t, because it was just a bit too bleached out.

So I so, so, SO nearly deleted it.

A little contrast and a black level tweak, and off it went to my Flickr stream…

Well 3 days later and it’s become my most popular shots on Flickr (and I’ve been on flickr nearly 8 years!!)

I know this is pretty meaningless in the great scheme of things… But still pleasing, no?

And too think… I came *that* close to deleting it 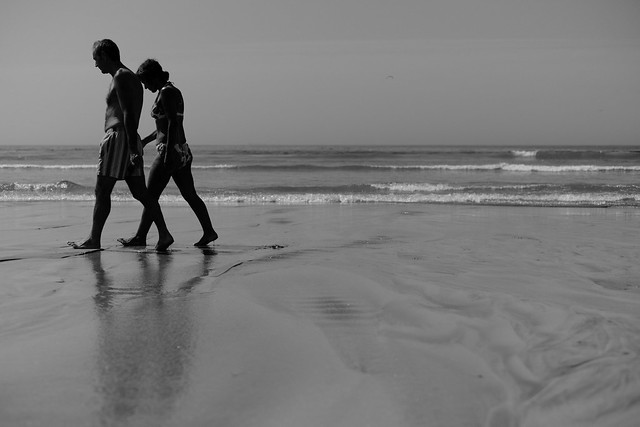