It’s been a tough ol’ week this week! Life has most definitely got in the way!

I almost thought we’d have to sit this week out, which would be the first time in 84 weeks of writing the site!

But I just about got there in the end!

For this week we’re going to continue my foray into taking street portraits. I’ve made a journey from happenstance, to tentative request to emboldened documenter. I’d migrated from Hmm they look like they might say yes if I ask for a picture, to wow, look at that face – I want a shot of them

In short – I’ve got quite confident in asking for a shot and I now wanted to experiment with context.

I started to look out for people who looked interesting, and could offer something above and beyond their face (even if their face was a good enough reason to shoot them).

I felt comfortable approaching pretty much anyone, doing pretty much anything and ask – please don’t misconstrue that as some sort of self entitled belief that I have a right to stick my camera in people’s faces, it’s not that at all, just that you can always ask – some times you get, but if you never ask – you never get. However, common sense must play a part – for example I never bother to ask the guys peddling contraband or couples having a blazing row 🙂

Previously, when I was merely looking for people who might say yes – I’d discount people who looked like they’d say no.

I don’t so that now – they’ll tell me no, it’s not my job to second guess what people might agree to. 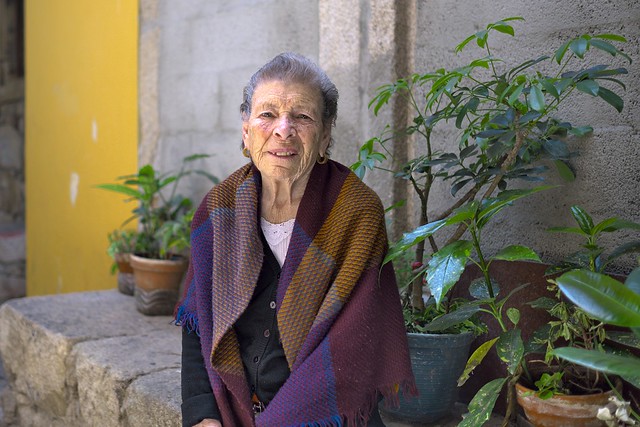 This lady was having a rest, chatting with whoever happened to stroll by and was smiling. Perhaps this doesn’t completely fill my “context” criteria, but I do feel the shot benefits from the background 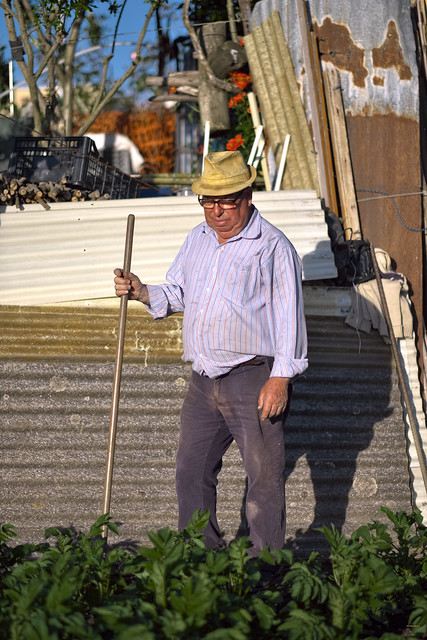 This looks more like a street shot, but I asked the guy and he said a picture was fine! The context here is pretty easy to see 🙂 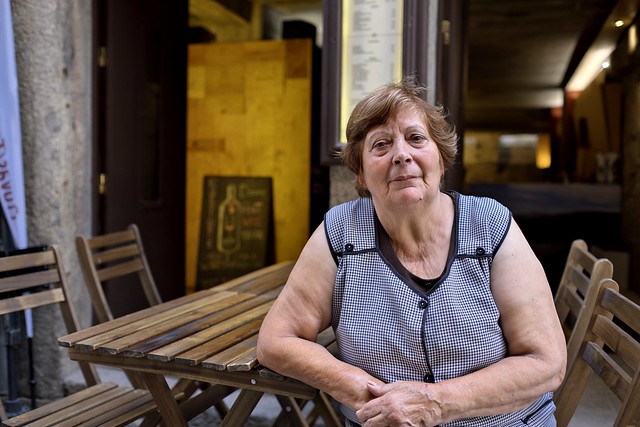 She didn’t look like she’d say yes before, during or after the photo. But she did. (In fact ‘yes’ was the only word she uttered the whole time I was there, usually they at least ask why?) Which is a bit of a shame as I wonder what’s on her mind! Was she waiting for someone? 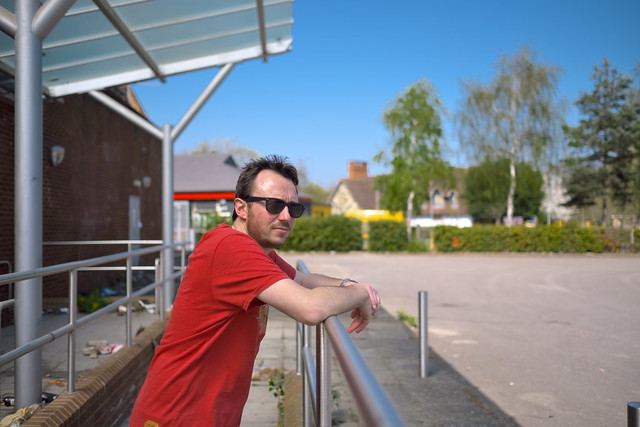 The context here is very much open to interpretation… But I see a story, a story of something empty – something a little dilapidated, and someone looking at it all who’s remembering what once was.

Normally I share these street portraits in the order in which they’re taken.

But I’m going to break from that, and show you my most recent one! 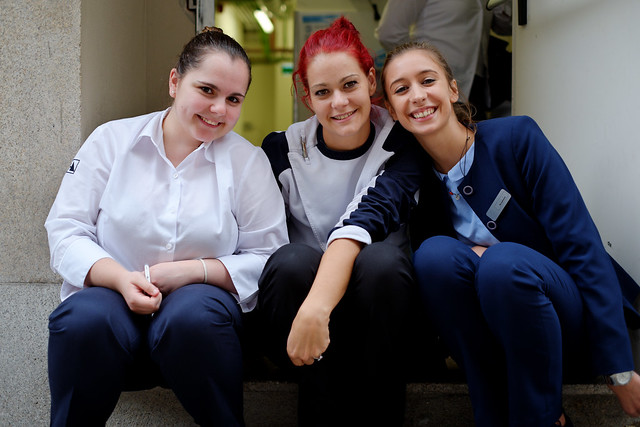 These three girls all work for the same hotel, but as you can see (from their outfits) in quite different roles. They seemed to all be friends, and were on a work break together. I was quite nervous to ask for a shot… I didn’t want to seem, well like a creep frankly! But as I said above – you don’t ask – you’ll never get.

All in all – I’m very pleased that I embarked on street portraits. I haven’t just photographed these strangers, I’ve often chatted to them as well, in one case I ended up spending all afternoon with a chap who was a genuine pilgrim, walking from Portugal to Spain. Fascinating guy.

I’ve got social media friends and followers from shooting strangers; I’ve had people search me out to see my work off the back of me taking their picture.

But perhaps best of all…. I took something that I had trepidation about and was fearful of and I embraced it. This is good for the soul!

2 Replies to “Street Portraiture with Context”