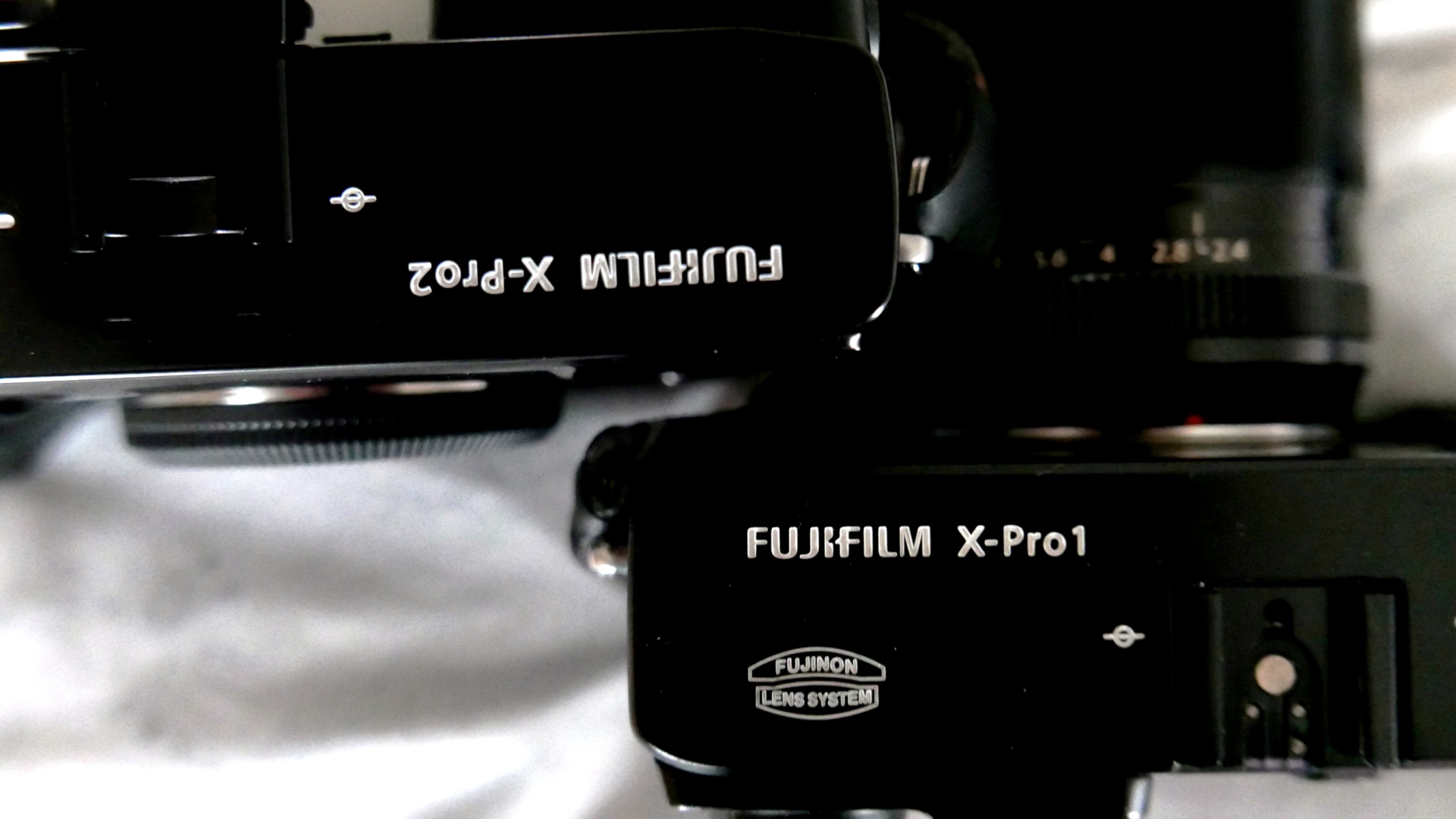 Last week (click here if you missed it) I spoke about ‘less being more’ which is after all a rather silly cliché generally beloved by those who’ve just purchased something expensive that does less than something cheaper!

However, there are for me at least specific times when having less options, less file data and less complexity means I work faster!

One silly little example, would be the view modes.

The X-Pro2 has, y’know? I can’t actually remember – it’s a lot! There’s the same Eye sensor / LCD Only / VF Only, but also VF + eye sensor and VF + x seconds of LCD image review. The net result being that on the X-Pro2 you need a lot of button pressing to cycle through them all to get back to where you started.

The RAF files. I think that in variable terms, the IQ of the X-Pro2 is better than the X-Pro1.

But I’ll say this, my work flow is a lot faster with those 16mp/25ish MB X-Pro1 files, my system renders them, edits them and exports them far quicker than the 24mp/compressed files of the X-Pro2

Now this doesn’t mean that suddenly the X-Pro2 is dead to me, long live the new king! No way!

But it’s been a breath of fresh air (so to speak) to be using a camera that by modern standards, is very simplistic, free of advanced set up features and faster to turn the files around.

I don’t want to get too much into the attribute differences between the X-Trans I and X-Trans III files (well I do, very much – but not here and now!) except to say that I know some of you think that Fujifilm broke the mould after creating the X-Pro1 (and X100) look and whereas I’ll sum this up for now as win some/lose some I will say this:

Personally to get the look I want, the X-Pro1 files require less work (by contrast I can get final images that I like more with the X-Pro2, but I have to work harder, as does my computer!)

So like the cliché about football – it becomes a game of two halves.

As ever, Fujifilm have been exceedingly generous with their firmware (FW) updates, and each one adds features that many of us find useful and welcoming.

But I’m starting to wish that Fujifilm could implement a kind of disable and hide from menu feature.

Each FW seems, well to me at least, to bring the X-Pro2 spec closer to that of the X-T2.

This is not a bad thing – no matter what market share Fujifilm have or don’t have (a moderately popular topic on the internet amongst people debating the merits of Fujifilm) – the fact is that Fujifilm are sold globally, in both dedicated camera shops and department stores.

Fujifilm aren’t Canikon – they don’t have a clear upgrade path across a tiered platform of cameras, so that you have to upgrade 3 bodies to go up three rungs on the ladder

Fujifilm aren’t Leica, they don’t have a fan base that implores them to keep it simple and have as few features as needed

No, Fujifilm are in the business of making a product that’s their own, but one which appeals to as many as possible.

Now I’m not the type to get upset because my camera has features that I don’t use or care about. I’ve never used (for example) wide tracking AF and I doubt I’ll use 4K when that lands.

That said – if you want to make a product that appeals to as many as possible, how about the ability to turn off the features you don’t want?

To my mind it’s variable data that sells cameras, but it’s attribute data (if you just landed on this page and have no idea what I mean by variable and attribute data, then please read part one) that makes people love cameras, and what could be more lovely that an fully loaded rig that you can customise to your actual feature usage?

Until that happens, I have my own solution.

Depending on what mood I’m in, and what I’ll be shooting – I simply select which ever X-Pro fits for that day and off I go.

But I’ll say this, when my X-Pro2 is off with my buddy, it’s really no great hardship to have to slum it with the yester-yester-yester-yester-year X-Pro1 and come home with a few less files that need a bit less time and work

The X-Pro range, jack of all – master of none, and when I combine the pair I feel that I can enjoy so many different end-to-end aspects of digital photography

One and Two, side by side? No, not for me – more like joined at the hip.