I’ve been back in Portugal for a week now, having been in the UK for the passing of my father

Despite it being early October, Porto was unseasonably warm – the mercury clocking in at 30 deg C (that’s 86F in old money!) – and that’s truly unseasonable, there’s days in July that don’t get that hot!

But the heat didn’t last.

Which in a way, was good… I left a summer soaked Porto to go to the UK at the drop of a hat, and I returned to, well warmer weather than I’d left nearly a month before.

It made the whole UK/Dad trip surreal… like a bad a dream.

When you regularly spend time in the same two locations (UK and Portugal) I often find it a little disorientating. I feel I’m at home in either location, and it quickly feels like I never left.

If I spend 5 months in the UK, then very quickly it feels like  Portugal is someone else’s memory.

When I return from a 5 month trip, it quickly feels like the trip never happened.

It would be nice if there was something to really emphasise that I’d changed location.

Then the weather obliged.

Porto has been (and continues to be) full of fog

Ok, ok – I’m over the top making a cliché of the scene, but it was just what I needed to be honest

The weather to remind me that summer was over, things had changed.

As the fog descended, my mind cleared.

So this week’s post will be a series of shots from foggy Porto.

The final three images are hosted on Flickr, so should you desire, you can click to see them larger

This is the seafront at Matosinhos! No where near as many people as there normally is!

This old factory is on one for my favourite walks. The chimney is colossal, towering many meters into the sky. I’ve often contemplated squeezing through the fence and having a close up look… Although how much is my bail? is a question beyond my Portuguese skills, so perhaps not a great idea! 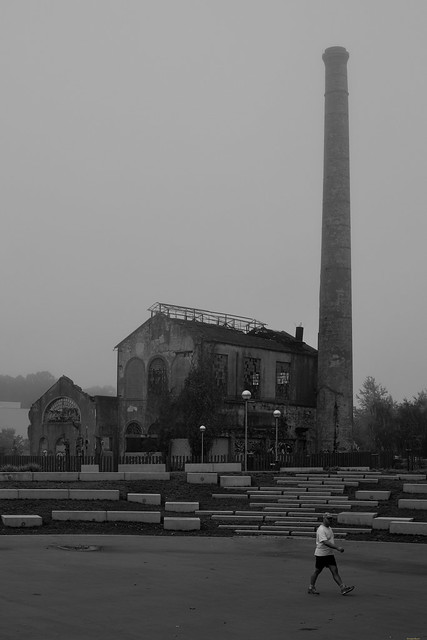 Delightfully this guy walked through the scene just as I arrived! I like him there, he adds scale and his white top draws your eye 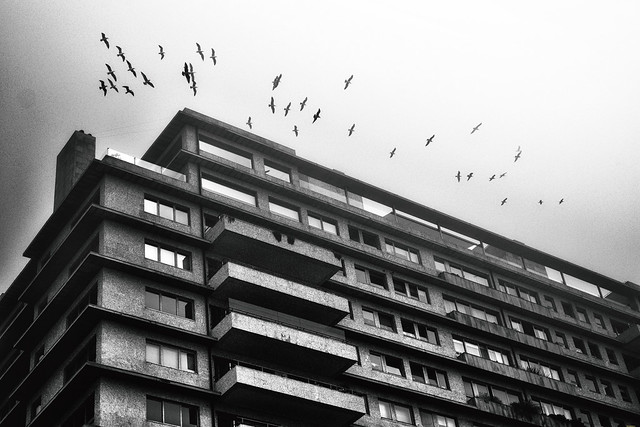 It might not show by looking at it…. But I’ve done a lot of PP on this one! Way more than I’d normally do 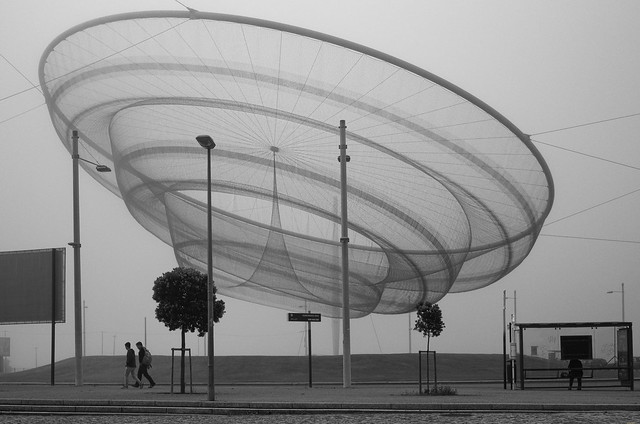 I need to be careful about what I say here…. as OCCASIONALLY a tiny minority of you can’t stomach it when I dare to say that I like one of my own shots!

Well sorry, but I’m happy with this one 🙂 let’s make a deal? You don’t tell me off for liking a photo that I’ve taken, and I won’t bore you with why I like it, deal?

As I type this now (and I’m being literal) the sun is returning, banishing the grey and you know?

I’m really happy about this, I needed the fog and now it’s dissipating I feel that I’ve earned the sunshine.