Damn it! I missed my bus* – I hate when that happens, I literally saw it pulling away as I rounded the corner to the bus stop, so close but oh so far.

[*you don’t find new photo locations, nor get quite the same sense of the world travelling by car]

Suddenly having a extra 30 minutes to kill, I thought I’d take a little look around, poke down some side streets, stick my eye through some holes in fences, you know, the nosey things that photographers do!

Down one side street I found a small car garage (auto repair), the mechanics were taking a smoke break and I wondered if there was a chance for a shot. But nothing sprang to life in the viewfinder, and they’d spotted me by then anyway…

Continuing my stroll, I saw the garage had a rear “lot” for cars that were in various states of (dis)repair.

Most of it was hidden behind foliage and a wall, but as I wandered further the wall became low enough to see over and the leaves thinned out a bit.

There tucked away in the near corner was a car that must have been somewhere between a vintage and a upcoming classic (possibly some sort of 1960s Morris, but really I’m not ofay with such things)

Despite its desperate state, it looked compelling, it conjured up a bygone time when vehicles were more about the style than the mileage, more about a signature look rather than impact resistant jelly mould shaped bumpers (That’s fenders in case you’re reading this from across the pond!)

Seeing it after catching glimpses of far more modern vehicles, needing but actually receiving attention, I couldn’t help but feel a silly little prang (sic) for this old inanimate lump. It didn’t look so damaged, it just looked forgotten.

But it had kept its sense of style, it still had the air of dignity of a machine built when workmanship meant something, when things were made from metal not plastic and an assembly line had a human hand rather than a hydraulic arm.

I wondered what it had done to end up where it was? Tucked away in the corner, covered in mould, paint peeling into rust and slowly becoming ingratiated into the branches of the tree that was encompassing it.

Then I realised, it had probably done nothing at all, it’s only crime was to stand still, it’s only faux pas was that the world had driven on, and it’s time had stagnated while others had grown.

It was the overgrown car. 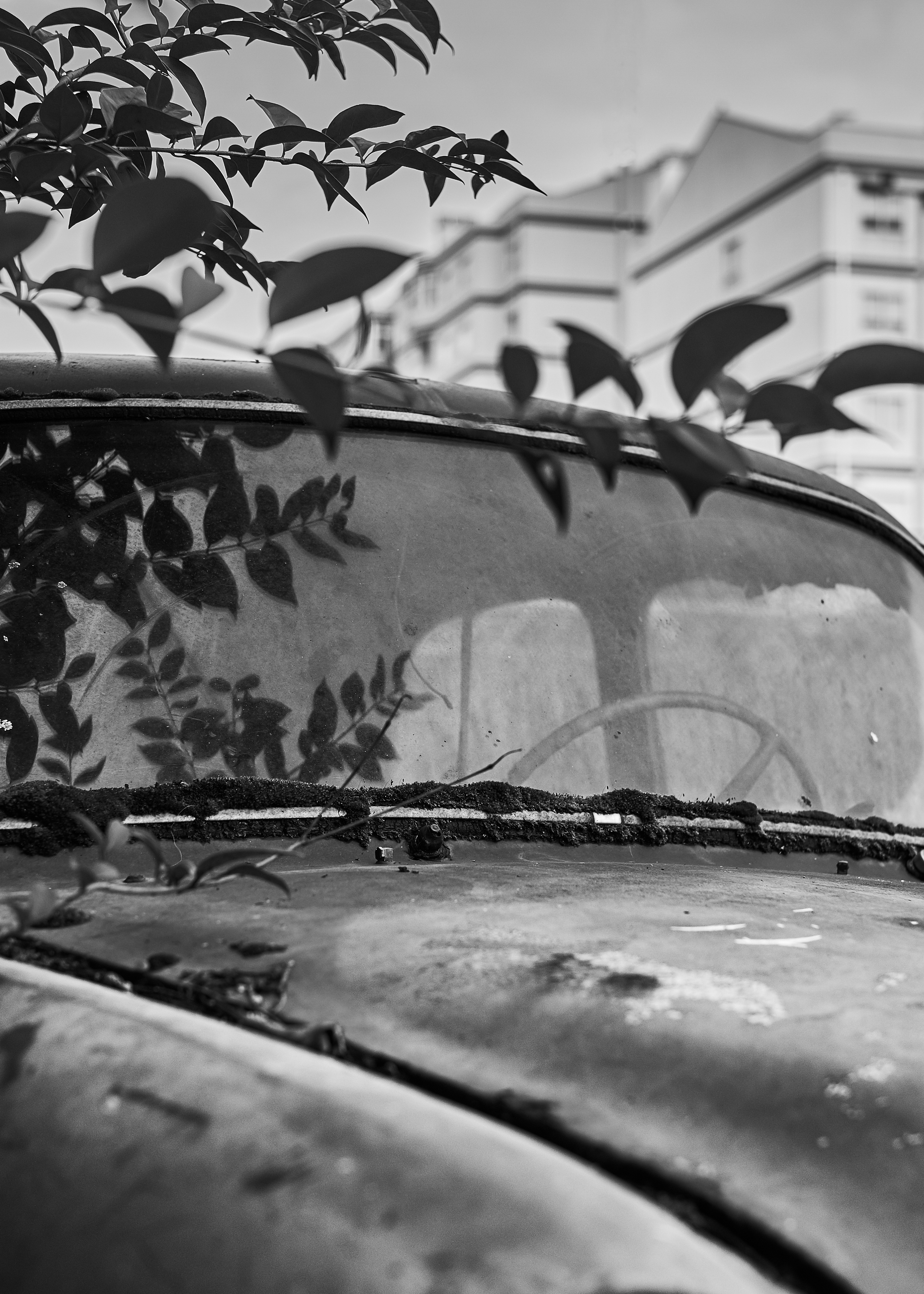