Part Twenty: How I Capture Motion With The X-Pro1 (and often the X-Pro2!)

The Fujifilm X-Pro series! The apple of my photographical eye, the companion by my side, the camera I’ve used incessantly..

Overly beloved by a vocal minority, overlooked by a few and reviled by some.

Why? Well on the X-Pro1 – basically it’s the AF (auto focus), it’s pretty slow when compared to many other cameras on the market.

Even now, or perhaps – especially now (with the X-Pro2 and many other newer cameras available) some forum warriors purport the X-Pro1 to be unusable (and that’s a personal choice after all) and that slow AF stunts creativity

That last bit… Er what?

The AF’s not that substandard really, it’s just that for those that arrived to the inaugural Fujifilm mirrorless camera, from the world of DSLRs found that it just wasn’t as snappy in the AF department and not able to focus track a subject; also when the press (and users) compared it to more mature systems from Sony, or the M4/3 platform, the X-Pro1 showed its age, which was in comparison, embryonic.

Now of course it shows it’s age as end of life… from immature to retired, with nothing in between!

Of course they’re other complications too… Fuji’s X-Trans CFA makes a lot of work for the processor when compared to the Bayer CFA, and M4/3 sensors are not only also Bayer, but are smaller, so the internal chipset of these cameras can determine focus far faster (because there’s less data to crunch than APSC sized X-Trans)

So that leads me nicely into this article.

But basically, a BW film simulation helps you see the focus peaking, back button focusing may not be any quicker than AF, but you only have to do it once per camera-subject distance situation (unlike AF which will engage every time you press the shutter, whether or not you or your subject have moved). The easy access magnified ‘AF’ (sic) EVF box, along with instant full frame EVF, via my suggestion for the Fn button, make it very easy to achieve focus, and swap back and forth between the OVF/EVF.

Now I don’t wont to be too verbose… (read the above link for the full break down!)

So instead, lets see some shots! 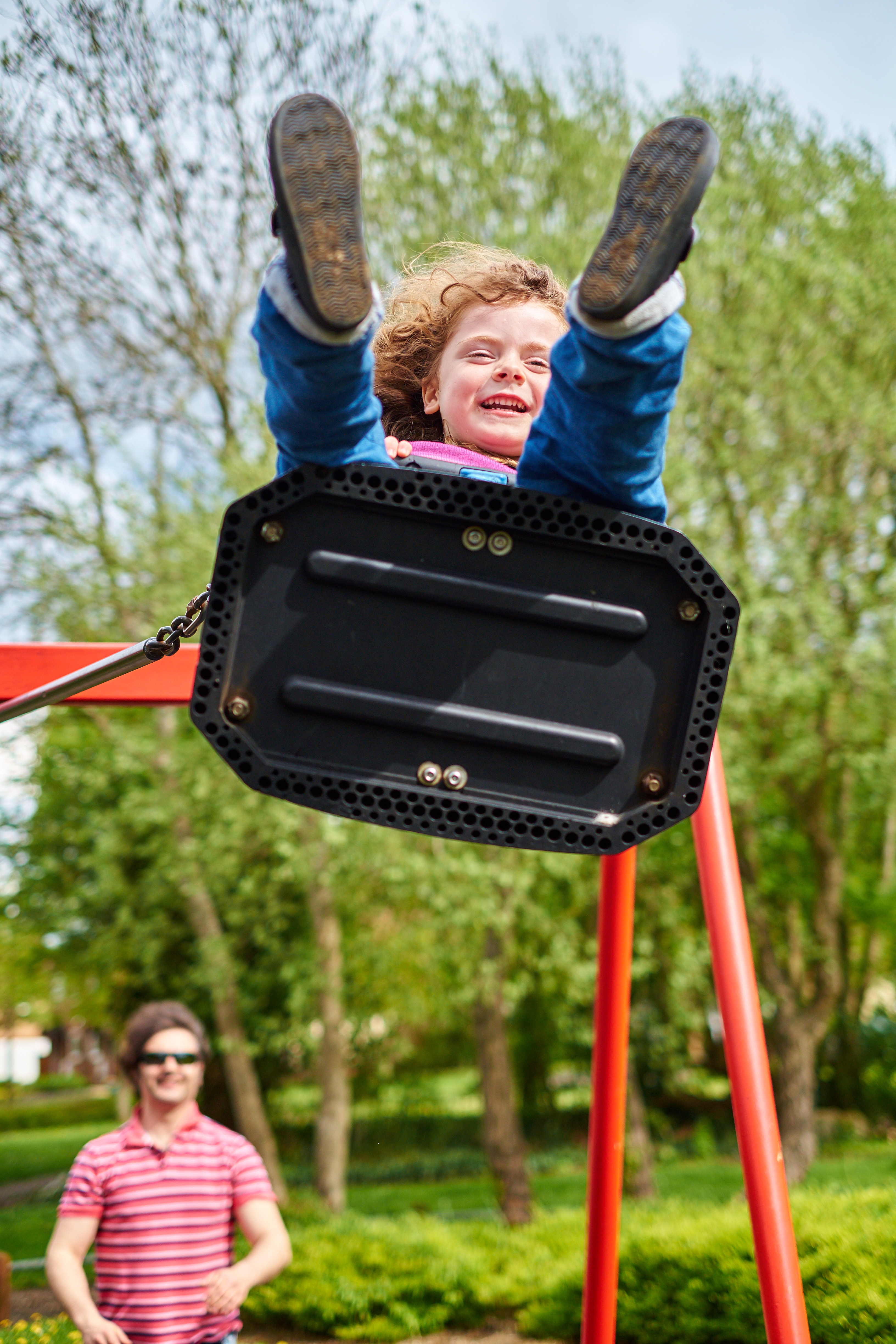 Then I watched the girl on the swing through the EVF (with focus peaking turned on), and tweaked the focus ring to ensure I had her face in focus where I wanted during the pendulum of her swing.

Then, because EVFs do tend to lag a bit, and the X-Pro1 is not exactly cutting edge tech in the EVF department, I switched to the OVF; primed the exposure (by half pressing the shutter button) and fired the shutter at the correct moment to get her face in focus. 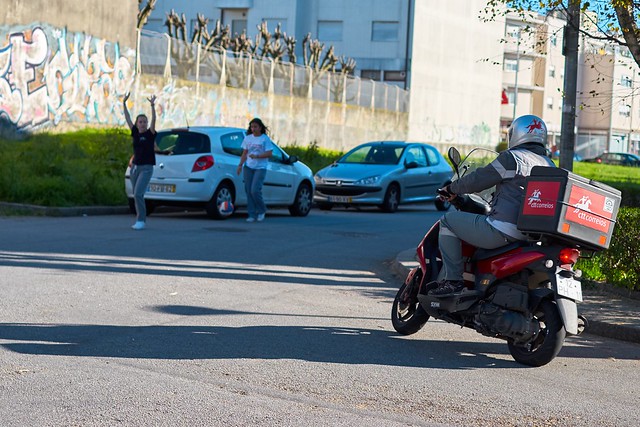 As I said, some users say the X-Pro1 is so bad that it’s impossible to capture a moving object, they also say the MF (manual focus) capability is terrible and that the built in aids to assist with MF are worthless.. I shot this in MF at F2!

This is where you anticipate where the subject will be and set the focus to that point ahead of time. How did I know? Years of motorcycle riding gave me a reasonable idea where the rider would select the apex of the bend to be, and the ‘bumblebee in a metal can’ drone of the scooter gave me enough of a clue that he was coming

This next shot is a combination of a focus trap and judging the focus point ahead of time: 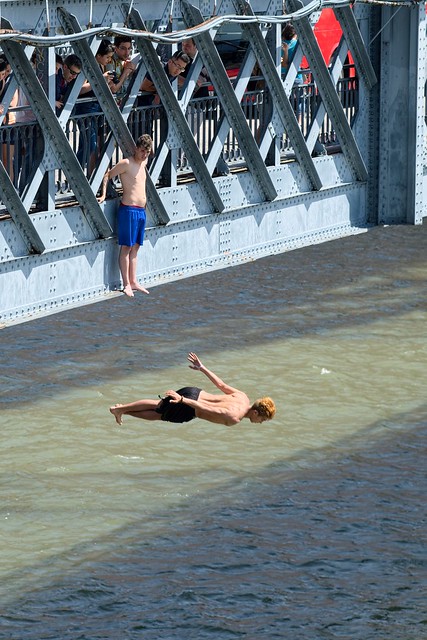 The judgement part is not knowing 100% how far the (crazy) kid will arc away from the bridge during his dive… There’s no easy answer! I set focus on him before the dive, then stopped down (to give me deeper DOF) then I manually took the focus point back a bit, and it turned out ok…

Of course when using tracking AF, there’s generally some other settings that you need to have enabled to get the best from it… On the tracking capable Fujis, I hope you remembered to turn off the electronic shutter… Did you set your camera to release priority or focus priority? What about pre-AF? Good idea for these shots? Turn it on maybe? On your tracking AF (mirrorless at least) camera, did you correctly judge the imperceptible, but very real EVF lag? Did you manage to keep the tracking AF focus box correctly positioned on the target at all times?

If you correctly managed all the above, then for sure tracking AF is undoubtedly working out great for you!

But remember, some have said that it’s impossible to capture a moving object with a X-Pro1 – because it has none of the these features.

I also think that (and seriously – this is just my personal view point) there’s really no shame in being able to acquire focus in a way whereby you’re the boss of the camera, not the other way round.

Well DLSRs can back focus, AF in general is not infallible, tracking AF needs complimentary settings in order to fulfil the ‘Auto’ part of its name…