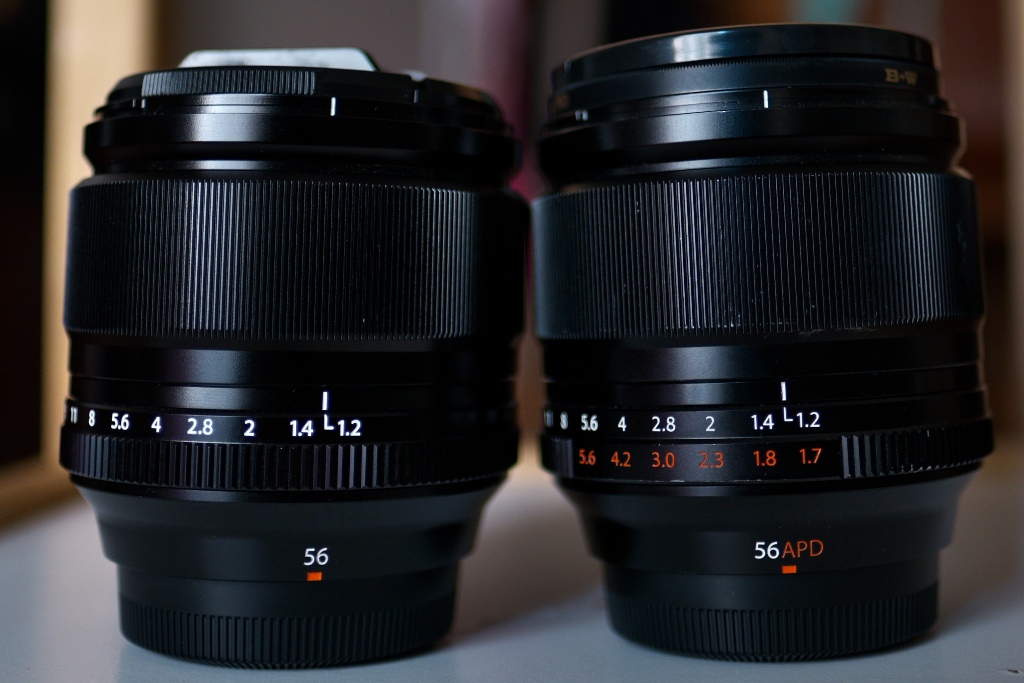 I wanted to take a look at:

But before we get to that, let’s have a quick recap:

Fujifilm lent me a XF56APD and I wrote a 4 part review of this lens which you can read by clicking on these links:

Recently due to a bit of mix up, Fujifilm ended up re-lending me the APD (it was supposed to be the 50 F2 WR)

Before we do the images, let’s talk about the focusing speed. I originally had the opinion that the APD was a bit like using the X-Pro1 again, or a bit like using the XF60. In good (ie lots of) light you’ll be pleasantly surprised just how snappy it is and wonder what the fuss was about that it was slow. But take the APD somewhere dark and it’s slow, that’s S-L-O-W, and sometimes it hunts, then gives ups, and focuses on nothing. I’ll leave this to your own personal tolerance to such things to assign value. I mean the 56 is no AF speed demon, and in good light there’s not that much between them, but when the light drops the gap is far more pronounced.

OK so let’s do the shots!! Last week I ended by showing you two side-by-side shots:

All of the shots in these articles are sequenced the same: first the APD, then the 56R

But before we start getting into these images, let’s take a look at what the RAW looks like when we turn all of the baked-in lens corrections off:

As you can see, neither lens exhibits any meaningful barrel distortion or vignetting (which surprised me a bit on the APD, which is the top image).

One thing I noticed while doing all of these shots is that I could not 100% match the framing between the two lenses. Now I’m 99.9999% sure this is down to a crap technique on my part, my tripod is not the last word in sturdiness, and I swapped lenses with the body mounted to the tripod. So I’m not saying that the field of view is different, only that I couldn’t completely match it. Seriously though – I suspect I was just moving the tripod a fraction between shots.

Another er I mean largely irrelevant fact – Fujifilm quotes both lenses at the same weight, whereas our kitchen scales had the APD at 3 grams heavier (neither a deal nor a back breaker!) APSC glass might be a feather weight breath of fresh air compared to the old Canikon FF lenses you used to lug around, but each of these lenses is slightly north of 400grams, so you will notice them!

My X-Pro2 & XF56 + SD cards/Battery/optional handgrip/aftermarket thumbgrip and the hood from the XF23, comes in at about 1.2 kg (that’s about 2.7 lbs), which is about 1/3 of what our cat weighs… of course as well as being lighter – the Fuji/lens combo won’t bite and scratch you if you try and stick it in a camera bag 😉

I decided to shoot these images in aperture priority mode, but I was undecided if this was a good idea… as mentioned when wide open (which these shots are) the APD let’s in approx. one stop less light than the 56R, so what do we want to trust more? My eye? My ability to match the luminance of different exposures?

Or the cameras ability to expose for the scene?

Because of the above, I’ve used shots where the camera has selected a SS that corresponds with the APD being (approx.) one stop darker.

So let’s dive into my sample images a little bit, these are from RAW, but basically a open/export to jpeg – I haven’t PP’d them, they’ll have picked up my default sharpening upon import, but each shot was treated the same.

This is Minnie’s face, shot with the APD, the shot below is the 56R

I appreciate that my site hosting is not really the best place to pixel peep these, but if the APD is sharper in the centre as some have suggested, then it’s infinitesimally so at this range, certainly nothing that slight differences in focus wouldn’t override. I took a few of these shots, and in some I thought the APD was sharper, in others not.

One cursory examination we might be tempted to say that the APD does indeed have more contrast.

But hold those horses there!! What happens when we drag the contrast slider up? Darks get lighter and Lights get darker. This isn’t (to my eye) what we’re seeing here – in my OPINION the APD looks like an image that has had the black slider nudged up a bit

Sharpness: Maybe…. Maybe not
Contrast: Not really – but a bit darker for the APD

Above is the APD crop from the background of the Minnie shot, below is the 56R

Here we get a sense of what the APD is actually doing. If you look closely you’ll see that the OOF areas of the APD shot are smoother. The red blobs on the cartoon figure’s dress have more definition (from the APD) and don’t have that slight splat look that the 56R shot does. I don’t know about you… But I’m not seeing any meaningful DOF differences here.

But I think we need to see some shots, with some different subjects in order to attempt to get a better understanding of the differences between the two 56s.

This should help us with a conclusion… So join me next time for the final part of my Addendum: The XF56 APD Vs The XF56R