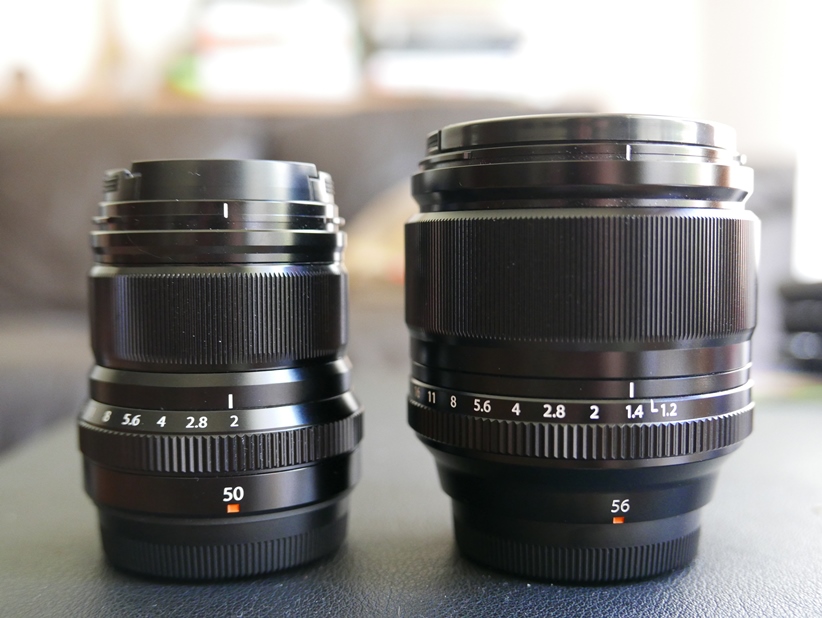 Part 90: The XF50 and the XF56: Part Three – Observations and Conclusions

Following on from last week’s article, (which you can read here or the first part here) this week we continue to look at the XF56 and XF50 lenses from Fujifilm

Last week we examined the physical differences between each lens and their impact on the OVF.

I ended the article showing you my model Elsa, and promised you that this week we’d take a closer look at some test shots.

So let’s get back to Elsa!

The images in this review are all from Fujifilm RAF.

Of course each image could be edited, conclusions we may reach for each lens concerning areas such as contrast and colour could be harmonised in post… but that’s not really fair is it?!!

So images from both lenses have been treated equally, and equality in this case is my default profile, which is only the aforementioned capture sharpening and Astia.

So to begin with, let’s start off with two shots of the doll. with each lens set to F2.

Colour is a subjective thing…. not only between the device that you’re using to read this on, but also humans don’t all see colour the same way.

However, to my eye I’d say the XF50 is giving more colour pop, more saturation and a little more contrast.

I suspect this is by design as the XF56 is a portrait lens, and portraits aren’t necessarily an area where you want nose bleed inducing colour, and if you do, you can always add it in later.

I don’t think it’s fair to the XF56 not to show it wide open, yes a bit unfair to the XF50 to show a XF56 image shot at an aperture that it can’t match, but equally if you’ve bought or are considering buying the XF56, I’m guessing that you’re interested in how it performs wide open.

If you compare that shot with the XF50 F2 shot above, then you’ll see the DOF differences that 6mm and 1.5 stops makes.

Actually, save your thumbs and trackpads/scroll wheels mobile and computer users! I’ve got this

So not at all surprisingly – if you simply HAVE to have the subject separated from a busy background* then the XF56 would be the way to go I think….

Now I read one of the mainstream website’s test of the XF50 and they claimed it was sharper in the centre than the 56. This caused a bit of a crap storm in comments, despite their test having lab results and all the proper test gear.

I don’t own a lab, or all the proper gear, in fact not even a white coat… So let’s take a look what a kids toy on a sofa looks like at 100%.

With the samples I had of each lens (and please note you’re looking at this in crummy web resolution, maybe on your phone, possibly whilst sitting on the bus, that’s driving down a cobbled street – whereas I had a big screen to look at) I found the XF50 to be a little sharper.

The 56 is (IMO) very impressively not dropping much between F2 and F1.2 in terms of sharpness, but the XF50 edges it. Maybe the 50 looks sharper because of the colour pop and contrast, or possibly the lower magnification of the 50 is making it look sharper or maybe it’s actually resolving more lines per mm.

Let’s look at another DOF and colour example:

Again we see that despite the harmonised aperture setting, the XF56 offers more subject isolation and a more shallow DOF. If you look at the line of street lamps and the verticals of the buildings in the background you’ll see they fade out far more gracefully on the 56

When I tested the two 23s, I found that the F2 version rendered darker. I ascertained this by using a static ISO/Aperture/Shutter Speed and shooting with each lens.

Apart from the aforementioned colour and contrast differences, I personally didn’t find the XF50 to offer a significant difference in basic rendering over the XF56.

A conclusion (of sorts)

As I stated at the very beginning. This isn’t really a fair comparison. These two lenses share different focal lengths and are aimed at different things.

Long time readers will probably expect me to roll out my the XF56 is optically true and so much faster, if you can stretch to it, then I highly recommend it narrative here, like I’m prone too do when presented with fast, decent glass

But this time I’m really not so sure… The 56 is better at subject isolation (a lot better) but the 50 has an awful lot going for it.

Working pros and those doing a lot of portraiture will certainly benefit from the 56. For street and more versatile use, the 56 is also great – but it can be quite hard work, I certainly aim to use more than the 1/1.5x FL SS rule when I use it. The 56 and the X-Pro2 are a heavy combo, I’ve carried it all day and I’ve felt it, I’ve missed shots through rushing to take them spontaneously and you’ll need a steady hand if the shutter speed gets low.

The 56 is an amazing optic. Street and reportage shots taken well with it sing… a Leica shooting buddy of mine admits that he’s lost track of the number of shots he’s seen online that he assumed were taken with a Leica M and a Summilux, but they’re actually the 56.

But nothing really good comes really easily, and as I mentioned – out in the field, ankle deep in the scenes of the street you need to have your A-Game technique with you to get the best from the 56.

If you’re happy to trade away some of that headline grabbing aperture and subject isolation, then you gain a great deal more usability in return.

But let’s talk about that ‘headline grabbing’ subject isolation for a second. In reality, subject distance has a very big effect on subject isolation. Put simply, if you set your 56 to F1.2 and focus on something several kilometres away, the DOF will be vast (it won’t be the sharpest shot you’ve ever taken!) conversely set the 56 to F8 and minimum focus distance and the DOF will be centimetres.

Because I wanted to keep the same types of images from the 23 tests, these don’t really tell the whole story of the 56’s ability, basically the near subjects are flattering the 50. (Check out my 56 v 56 APD review for more 56 shots) out in the field the 56 is superb at using it’s shallow DOF to draw out a subject, even one a few meters away. In short, the 50 just can’t really do this anywhere near as well.

But, shallow DOF isn’t everything – lenses have multiple aperture settings for a reason 🙂 but that said, if you’re a bit of a shallow DOF aficionado then I think your decision is clear

But back to the comparison of each lens in a more holistic way:

Could I see myself adding the 50 to my kit? Yes.

Could I see myself getting the 50, and using it as justification to flip the 56R and get the APD, with the usability factor covered by the 50? OK stop now Adam… this is how GAS starts 🙂

4 Replies to “The XF50 and the XF56: Part Three – Observations and Conclusions”