A while back Fujifilm Portugal lend me the XF56 APD.

I wrote a 4 part review of this lens which you can read by clicking on these links:

But recently, due to a bit of mix up, Fujifilm ended up re-lending me the APD (it was supposed to be the 50 F2 WR) and I’m delighted to have my hands on the APD once again.

When I reviewed the APD, I really wanted it to be a stand alone look at the lens, I know people are interested in comparisons (I am too!) but it seemed like nearly every review of the APD concerned itself with how it stacked up against the regular 56, and as interesting and important as that it is (and it is!) – I really wanted to treat it as ‘just’ (sic) a lens.

Besides I didn’t own the regular 56 at the time, so a comparison was tricky 🙂

Now I truly felt for the APD back when I had it before, but when the time came to put my (limited) money where my big mouth was, the funds simply didn’t stretch to the APD, and let’s be honest – the APD has a few limitations.

The APD component restricts the amount of light entering the lens, sure they might both open up to F1.2, but the APD offers less light transmission, meaning that the amount of light entering the lens is actually equivalent to F1.7. The APD lens also focuses slower than the 56R, as it’s (claimed by Fujifilm and why would they fib?!) only able to utilise the slower focusing CDAF pixels on the sensor.

Plus even second hand, I was able to find a 56R significantly cheaper 🙂

I was so delighted to have the APD back, that I just wanted to shoot with it 🙂

One of my personal favourite shots was taken with the APD when I had it last time around:

And I wanted to see if my APD memories were truly apodization coloured or merely rose tinited!

So I immediate set out to reacquaint myself with the APD 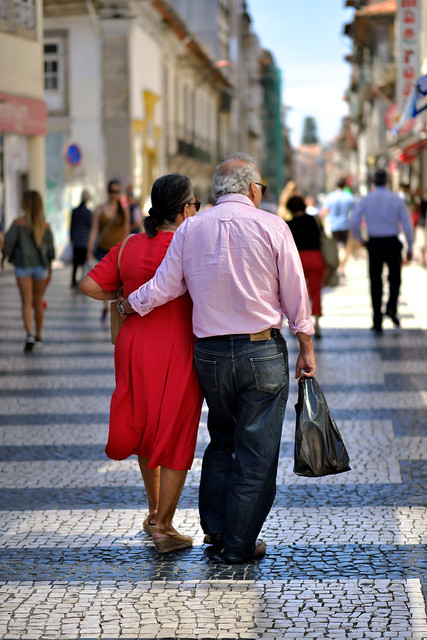 Yup, just as I remembered it!! Razor thin DOF with a smooth transition into the OOF background 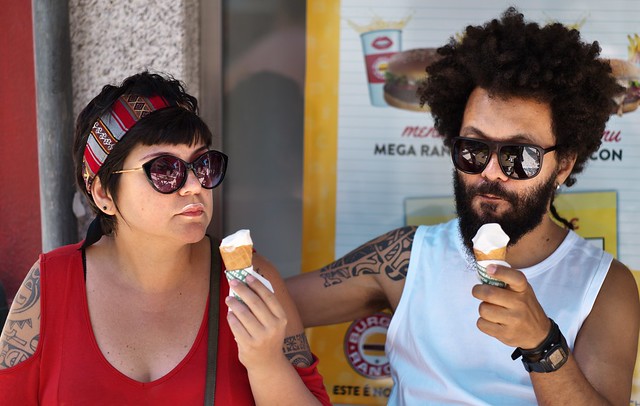 But before I started suffering from buyers remorse with my 56R, I had to be a little more subjective about the differences.

There’s more to lens testing than running round Porto shooting street, and I wanted to examine (to the best of my abilities and opportunities) some of the claims made about the differences between the two lenses…

Starting with one of my own….

Because the APD lightens towards its (clear) centre, the amount of light being blocked decreases as the lens stops down (ie the F number gets higher), until >F5.6 at which point the F stops return to their regular light gathering abilities

*It’s important to make this distinction, because some people like to claim that the DOF (depth of field) is affected by the APD filter. This is incorrect.

This was something I wanted to validate

I also wanted to look at some of the claims made about:

The actually differences are subtle, but very tangible… So just to get the ball rolling, here’s 2 similar images, shot with each lens:

This will be a three part addendum to the original four part APD review. So I hope that you’ll enjoy what might just be the longest 56APD review going!