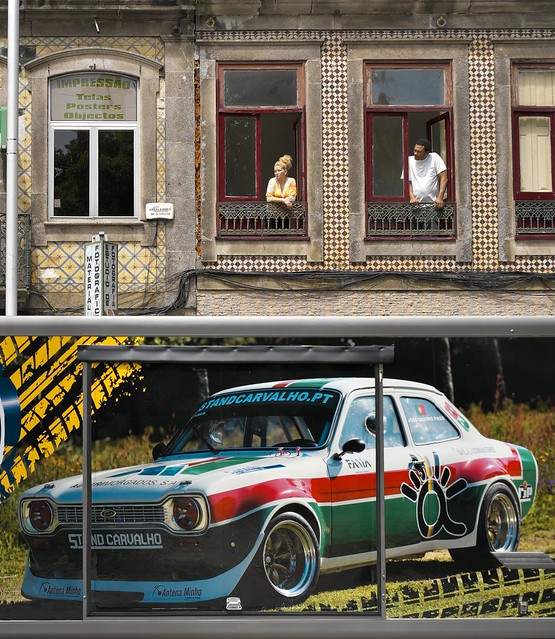 I saw the car (which I think might be a Ford Escort mkii RS2000 Rally Car, but I have no real knowledge in such matters) painted on the lorry from afar, and wanted the shot

There was a billboard showing a new BMW, and originally I wanted a shot of the Ford and the BMW together (I do have this shot) but as I got close enough to frame, the 2 figures appeared at the windows

I thought this was a lot more visually interesting (YMMV)

The lorry was parked near a junction, as I went to get the shot, predictably the lights changed, and the view was obstructed by waiting cars

Then the cars went, but so did the people in the windows

Then they came back, but so did the cars

Then finally there was a break in the traffic, and the people were still there and…. click-snap = shot!