As I’ve mentioned before, but I’ll recap now because it’s not right to assume every reader has read everything I’ve written!

You can read my previous posts about my fledging street portraits here and here and the story about the guy I met, who was so interesting he got his very own post!

For me, that is the charm of street portraiture, to do it, you have to engage with people, you have to talk to them.

Talking to strangers is a good thing in my book (take care out there though folks), who knows who’ll you’ll meet and what you might talk about, and you’ll get a photograph out of it too.

One thing I’ve found with street portraits, is that the more I do, the easier the whole asking thing becomes…. I’m not terribly shy, but it does take a bit of nerve to approach a stranger and ask for a shot….

I mean let’s be honest, people aren’t sitting around thinking, gee I sure hope some bloke comes up to me today and asks to stick a camera in my face – so you’re basically disturbing people… Think on this. They’re doing YOU the favour, they might be busy (even if they look idle) they might be contemplating something that’s troubling them.

Be polite. Be courteous. Thank them – even if they say no and especially if they say yes.

I’m lucky (or cursed depending on your point of view) that I’m about the least physically scary looking guy around. I’m short, I’m skinny and I have quite effeminate looking hair 🙂 When I approach people I doubt they feel particularly intimidated…

But I’m also a foreigner in a town often besieged by camera wielding tourists, I blend in by sticking out, my requests for a photo can be attributed to holiday snaps.

Because of the above, I find it very awkward to do street portraits in my (small) home town in the UK. I don’t often find that I have the nerve to ask.

So for the first shot today, I’ll give you the guy I met in the middle of no where! He engaged me in conversation, so I asked for a shot and he (with a little reluctance) agreed. 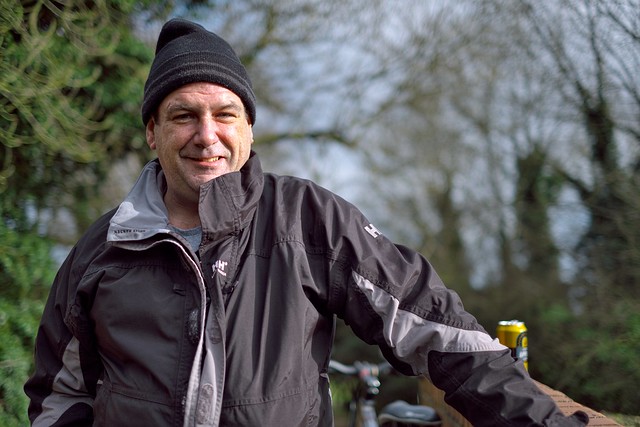 The next shot was another I really debated whether I should be even looking, let alone photographing!

But I’m glad I did, a charming couple, practising Yoga and travelling round Europe en-route to Hawaii. She loved the shot and we’re now Facebook friends! 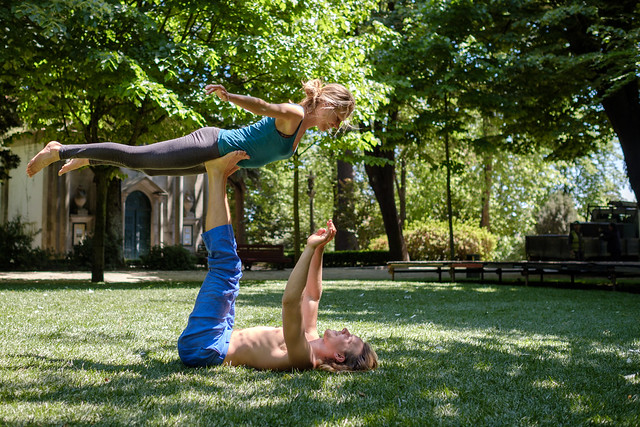 Porto is full of street art and street performers! I realise that many consider documenting them as clichéd but for me, they’re a valid thread within the tapestry of any city, and when you ask for their photo (obviously a coin or two into their hat greatly increases your chances of a ‘yes’) you’re capturing a genuine character.

I’ve no shame in my love of capturing street performers 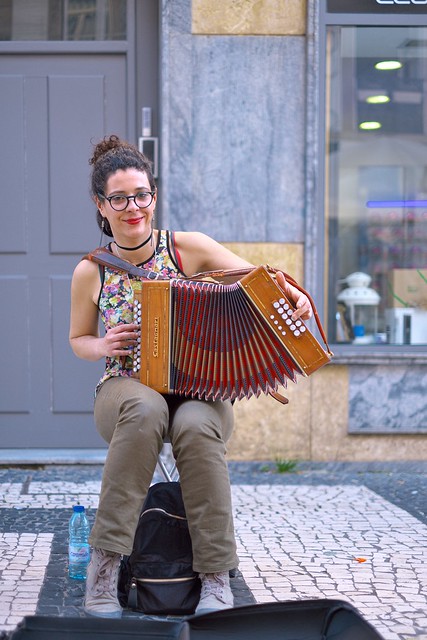 For the last shot of today’s set… Well it was rather unplanned! I’d only just got the 56 and I was seeing how the shrimp on the skewer would look with the 56s characteristic shallow DOF… when suddenly the chef ‘photobombed’ the scene and lingered for the photo… some frantic focus adjustment on my part (I work in manual focus) and I just about got the shot. 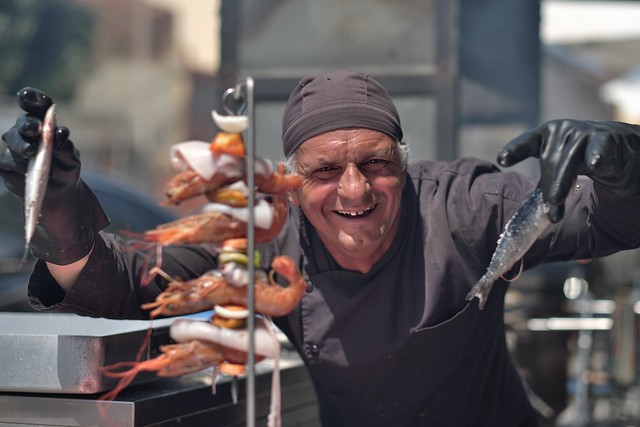 This guy is a real character, always laughing and joking and people like him are one of the many reasons that I find living in Portugal so rewarding!

If you’ve always wanted to try street portraiture, but where afraid to ask – give it a go… you might fall in love with it!